Good morning! “COGJAM IN THE NEWS” installments begin this week. I hope you find them useful as you sort out divisive community and fractured science crossing your paths. 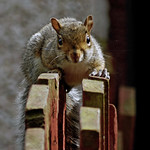 shared the plight of a moderate congresswoman. She was sitting on the fence about the impeachment inquiry. Eventually she encountered enough evidence to decide she favored it. A conservative politician publicly proclaimed that it showed she was not really a moderate, but a “wolf in sheep’s clothing,” in fact aligning herself with socialists.

What’s wrong with this picture?

The conservative politician’s overboard reaction is actually an example of our old friend, the gut brain, trying to jump in and save the day.

When highly aroused, fight or flight activates. Parts of the logical brain are temporarily blocked, so maximum energy can be funneled into any immediate activity needed for survival. It kept us alive when running from the lion or fighting off attackers. To do this, we first had to identify the “bad guys,” and quickly identify and bond with “good guys” who might help offer 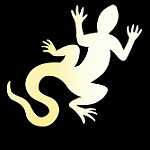 Today’s threats are different, but our ancient arousal chemistry persists. That knee-jerk black or white response is still there. Truth be known, we all succumb to it. And pieces of fractured science like the one above, when dumped onto others, create divisive community: cogjam, on the loose.

So what do we do when we see ourselves or others fall victim to it? Following is an approach The Cogjam Effect – and the Path to Healing Divisive Community and Fractured Science would suggest for processing the conservative politician’s reasoning error.

Consider this: if the moderate politician said she’d decided to oppose the impeachment inquiry, would he then say she was aligning with fascists? Of course not. He opposed it, and he was not a fascist. Nor would he describe his fellow conservatives that way. But when the fear response is allowed to call the shots, disconfirming data is never allowed to surface.

That’s why these days extremist potshots abound when, in fact, any position or concept taken to the extreme becomes absurd. It is the gut brain gone awry. When allowed to rule what we say or do during these times of severe political stress, we both alienate others and blow our own anxieties out of proportion–a very uncomfortable place to live.

Fortunately, we all also have the power to let our calmer, common sense brain step in and help us move beyond immediate fear responses.